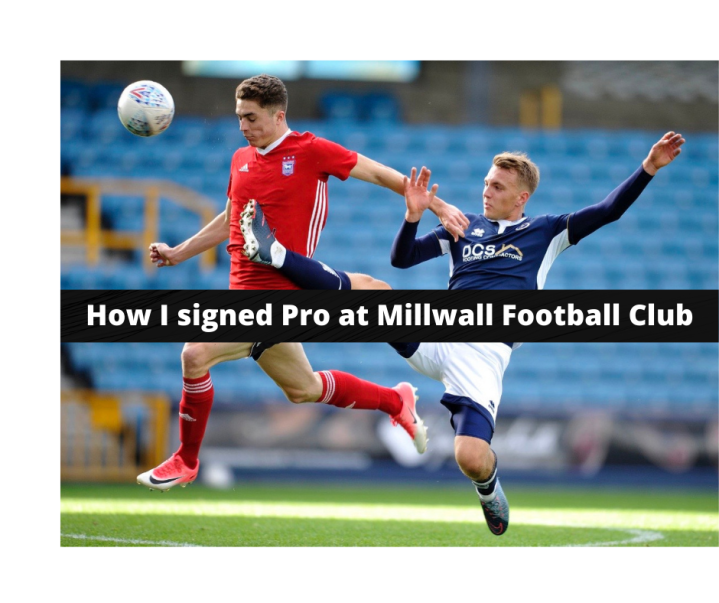 Watford wasn’t the place for me but that wasn’t going to stop me from signing a contract in England. I always had a voice in my head telling me that I hadn’t come all this way for nothing, and that is the flame that kept on burning in me working to getting a contract.

A week after my Watford trial, I was set and ready to tackle my next challenge. Millwall is known for its direct football, stadium fortress The Den, and passionate supporters. I knew that this was a great opportunity and one that I definitely want to make the most of.

I was starting to get used to travelling around London on my own but London was a big city and there was a lot going on. A day before the trial started, back in West London, I thought it would be a good idea to go and see the training ground so that I had somewhat of an idea of how to get there the next morning.

30 minutes on a bus, an hour and a half on two different trains and a 20 minute walk from the station to the training grounds… I quickly worked out that that 2+ hour journey was going to be a challenge to arrive at training at 9am every morning.

Seeing the training facilities for the first time was such an exciting experience. After the thrill of seeing Millwall training ground slowly wore off, I knew that I needed to be prepared for traveling four and a half hours every day, eating the correct food to fuel my body and recovering at the end of the day. I knew I had to do everything I could to give to give myself the best chance of signing a contract.

Out the door at 6am, giving myself plenty of time to get to training, I was on my way. Ready, prepared, and focus for what I felt was redemption after Watford. A chance to prove myself again showing the Millwall staff I had what it takes to be a part of such a big club.

Being first through the door at the training facilities, I was able to relax after that journey to training and focus on what I was going to do when I stepped out onto the training pitches. After a bit of time passed the reserve team boys started to arrive. From the start of my time there all the boys were welcoming. They showed me around the inside of the facilities and told me about the daily schedule at Millwall FC.

I still remember stepping out onto those training pitches feeling a new energy and a new found love for the club even though I had only been there for a couple of hours. The team was a few weeks into pre-season already and I knew it was  going to be hard. The past couple of weeks I had put in the hard work and knew that it was going to benefit me in every aspect of my trial. The coaching staff had told the team to be prepared for the game the next day against Greenwich Borough FC.

My first session with Millwall will be one to remember. The intensity of the training was just like it was at Watford F.C. but I learnt very quickly at how hard and physical playing for Millwall was. The tackles in training were strong, competitive and it was what built such a strong team on and off the park.

The next day I had to plan a way for me to get to Greenwich Borough Football Club for the U23’s match. The only details I got were to be at the ground before 6:30pm.The players told me that the coach did not announce the starting line up in pre-season games because it kept boys fighting for positions at all times. Arriving at the ground I was caught by surprise because I walking straight into Millwall’s First Team Coach, Neil Harris. I still remember stumbling for words not knowing what to say. He straight away shook my hand and made me feel like I was one of the players. From that moment I was given the most iconic nickname I could get, Oz. For the rest of my time at Millwall I was going to be known as Oz.

Entering the changeroom, the starting lineup was on the board. I wasn’t expecting to be starting because I had only been there one day but I knew I was going to get a shot at playing. Half time had just passed and the game 1-1. I was told to stay warm because I was going to get 20 minutes, I was ready to make a difference.

It was kind of a dream start. Only 5 minutes in the ball had dropped at my feet on the penalty spot, clear as day light I knew I was shooting. Before I knew it, the ball was in the bottom left corner of the net. I was proud of myself because I knew I had made the best first impression I could have.

After the game, both the coach and assistant had walked with me on my way out telling me they were happy with how I played today and they looked forward to see me on Monday after the weekend.

I was happy with how my first two days trialing at Millwall had gone but I knew it was just the start if I wanted a spot in the team.

This site uses Akismet to reduce spam. Learn how your comment data is processed.